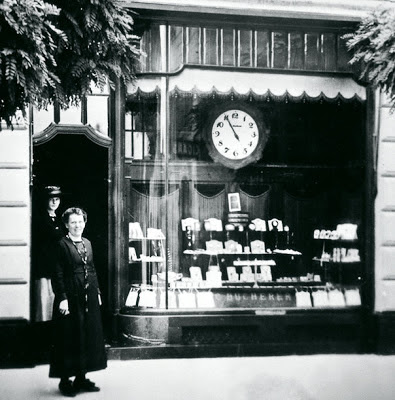 As an independent Swiss watch brand, Carl F. Bucherer has a rich tradition spanning over 90 years of competence in the development and production of high-quality mechanical timepieces and fine ladies’ jewelry watches in the premium segment. The appeal of the Manufacture’s distinctive watches lies in their innovative technology, useful additional functions, progressive aesthetics and carefully selected materials. The brand’s passion for beautiful watches and its constant striving for perfection are reflected in the three lines of the core collection: the Patravi, valued for its technical innovations, sophisticated mechanical complications and characteristic strong design. The Manero models epitomize Carl F. Bucherer’s watchmaking competence and are modern classics.
Their timeless beauty and simple elegance are skillfully combined with mechanical excellence and practical functionality. The ladies’ Alacria line, with its unique curved case forming the ideal basis for the creation of limited special editions, embodies the brand’s tradition of jewelry watch craftsmanship.

The will for independence.

Success does not come by chance. By taking the name of the company founder as its brand, Carl F. Bucherer is deliberately establishing its place in the tradition of highquality watchmaking. Carl Friedrich Bucherer opened his first watch and jewelry shop in Lucerne, Switzerland, in 1888. In 1919 the passionate entrepreneur presented his own watch collection for the first time. The compilation was invested with his profound knowledge of watchmaking and his instinctive feel for the requirements of a demanding clientele. The watches were notable for their expressive forms, and met the highest standards of the Swiss watchmaker’s art. The two sons Carl Eduard and Ernst Bucherer shared their father’s vision and took over the management of the company after their father’s death. Presently the Bucherer Group is under the management of the family’s third generation in the person of Jörg G. Bucherer, owner and Chairman of the Board. This makes Carl F. Bucherer one of the oldest quality watchmaking brands to remain in the founding family’s hands.

Thus the strengths of the family business have been handed down through three generations. The Carl F. Bucherer brand was launched in 2001, with the objective of adding more strategic weight to the manufacturing competence which has been successfully demonstrating itself since 1919. As the only watch producer in Central Switzerland, Carl F. Bucherer manufactures and distributes exclusive ladies and gents watches, constituting the second pillar of the Bucherer Group. The Carl F. Bucherer brand trades as Bucherer Montres S.A. maintains an autonomous and independent company with a strong identity within the Bucherer Group. Carl F. Bucherer is led by CEO Sascha Moeri. He and his dynamic team of 120 employees around the world look after management and production.

In order to develop Carl F. Bucherer on an international level with an independent positioning in the premium segment, it is essential to have a selective distribution. Good trading partners are critical. In key markets, an affiliate company lightens the burden considerably. The declared objective of Carl F. Bucherer is therefore to be present in the most important markets with its own companies. This strategy led to the parallel opening in 2001 of the production facility in Lengnau near Biel and distribution offices in Hong Kong. The company’s presence in the Far East is being continually reinforced. After Hong Kong and Taiwan, an affiliate has been established in 2007 in Japan, which, alongside Hong Kong, North America and Taiwan, is the fourth independent affiliate within Bucherer Montres S.A.

In the markets, where the company is not present with an affiliate, distribution is organized by highly qualified agencies, selected by Carl F. Bucherer according to the strictest criteria. A strong international presence is typical of Carl F. Bucherer and also plays a vital role in increasing brand awareness.

With its own workshops Carl F. Bucherer Technologies SA for the production of Manufacture movements and functional modules in Ste-Croix, and its CFB A1000 Manufacture movement presented in 2008, Carl F. Bucherer successfully joined the exclusive circle of Swiss watch Manufactures. An expression of Carl F. Bucherer’s individual, progressive approach is the holistic “Evolution Technology” Manufacture Concept – or EvoTec. On the one hand, this embodies the brand’s concentration on the design and creation of useful and attractive mechanisms and additional functions. On the other, it means that future or existing, traditional technologies will be redesigned and, where possible, improved or reduced in complexity to create more intelligent and, above all, reliable mplementation options. The basis for each development process is the copyrighted methodology called “Smart SimPlexity®”. Perfect examples of the active implementation of this approach at Carl F. Bucherer are the CFB A1000 Manufacture movement, which combines the aesthetics of a hand-wound movement with the comfort of automatic winding thanks to its peripherally positioned oscillating weight, and the innovative big date switching in the four Patravi EvoTec models produced to date. Moreover, the EvoTec Manufacture Concept influences production itself. In the Carl F. Bucherer Technologies SA workshops, the goal is the professional production of movements at a quantity that ensures maximum quality and reliability.