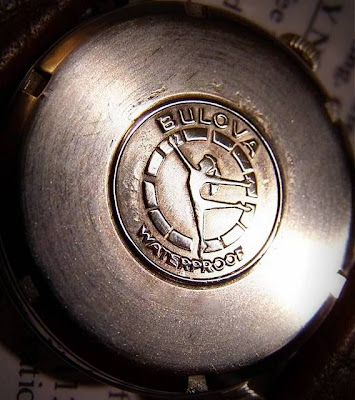 Bulova was founded and incorporated as the J. Bulova Company in 1875 by Joseph Bulova (1851 - November 18, 1936),an immigrant from Bohemia. It was reincorporated under the name Bulova Watch Company in 1923, and became part of the Loews Corporation in 1979. and sold to Citizen at the end of 2007.

In 1912, he launched his first plant dedicated entirely to the production of watches. Manufactured at the factory in Biel (Switzerland), Bulova began a standardized mass production never seen in the world of watchmaking until then. In 1919, Joseph Bulova offers the first complete range of watches for men. The iconic visual style of his first popular advertising makes its watches with the American public. But beyond the original style, precision and technological research will also become an endless quest for Bulova. In 1920, he set up an observatory on the roof of a skyscraper to make measurements that will enable him to determine very precisely the universal time.

Bulova established its operations in Woodside, New York, and Flushing, New York, where it made innovations in watchmaking, and developed a number of watchmaking tools. Its horological innovations included the Accutron watch, which used resonating tuning forks as a means of regulating the time keeping function.
Renowned Bulova Watch Company in 1923, Bulova produced the first advertisement broadcast on radio in 1926, announcing the first beep of history: «At the tone, it's eight o'clock, Bulova Watch Time», an announcement heard by millions of Americans. In 1927, Charles A. Lindbergh was the first pilot to cross the Atlantic nonstop. His crossing earned him a Bulova Watch and a check for $1000, and it became an emblem for the brand that created the model "Lone Eagle" in his likeness. Bulova in 1931 then became the first manufacturer to offer electric clocks. In the 1930s and 1940s, the brand was a huge success with its rectangular plated watches whose case was strongly curved to better fit the curve of the wrist.

Bulova paid $9 for the world's first television commercial, a July 1, 1941, placement on New York station WNBT before a baseball game between the Brooklyn Dodgers and Philadelphia Phillies.

The Joseph Bulova School of Watchmaking was founded in 1945 by Arde Bulova, Chairman of the Board, initially to provide training for disabled veterans after the Second World War. 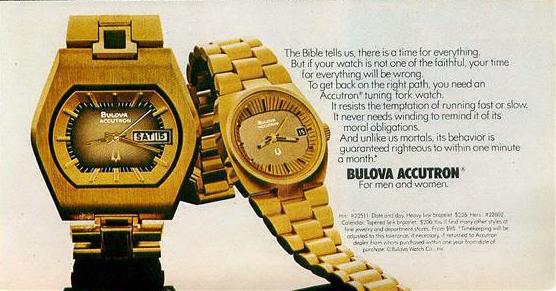 In 1967 Bulova bought the Manufacture des montres Universal Perret Frères SA at Geneva and sold it in december 1977. The factory in Biel was closed in 1983.

Bulova's "Accutron" watches, first sold in October 1960, use a 360 hertz tuning fork to drive a mechanical gear train to turn the hands. The inventor, Max Hetzel, was born in Basel, Switzerland, and joined the Bulova Watch Company of Bienne, Switzerland, in 1948. The tuning fork was powered by a one-transistor electronic oscillator circuit, so the Accutron qualifies as the first "Electronic watch". The true accutron, instead of ticking, had a faint, high pitch hum which came from the vibrating tuning fork.

The tuning fork movement was a horological revolution. Previously, electronically regulated timepieces were limited to some scientific instruments, being too large for a personal watch. The Accutron was also the first wristwatch precise enough to qualify for U.S. railroad certification. A wristwatch regularly moves in all possible directions, as opposed to a pocket watch which spends the vast majority of its life either mostly vertical or mostly horizontal. Prior to the Accutron, that movement affected the precision of all wristwatches to a degree which precluded railroad certification, even for the best made and most expensive chronometer certified wristwatches. The ability to legitimately claim the Accutron as the most precise wristwatch in existence was a tremendous boon for the company. Unfortunately for Bulova, in 1969 the Seiko Astron, the first mass produced quartz movement watch, hit store shelves. Because the quartz movement wristwatch was easier and cheaper to manufacture, Seiko was able to sell watches just as precise as an Accutron at a much lower cost 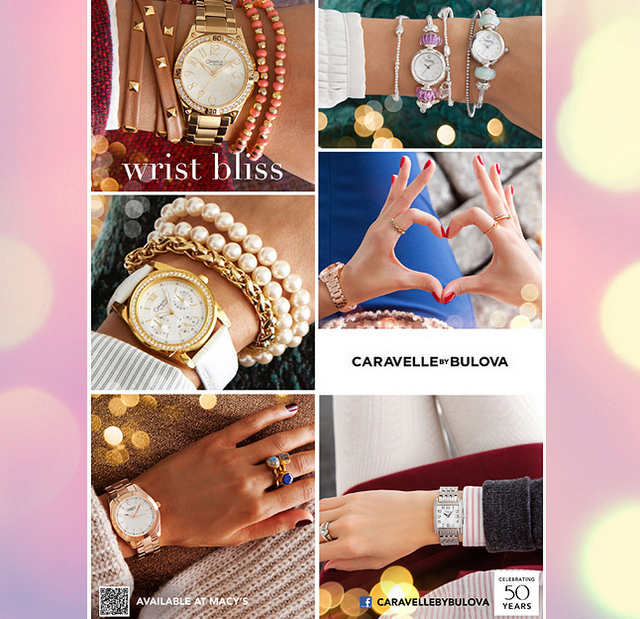 Bulova began the 17 year manufacture of the tuning fork Accutron with its round 214 movement in 1960, which departed from typical wristwatch design in that there was no setting stem and crown on the side of the watch. Instead, the stem and crown were placed on the back of the case. While used mainly in men's wristwatches, they also manufactured a number of different desk clocks using the 214 movement. In 1965 they introduced the 218 movement, with a setting stem and crown at the 4 o'clock position, rather than the more traditional wristwatch placement at 3 o'clock. Later iterations of the 218 movement placed the stem and crown at 3 o'clock, as did the 219, 221, 224 and 230. In 1972 came the 219, and in 1973 the "Accuquartz" 224, all of these are "full sized" movements, ranging from 28.7mm to 29.7mm in diameter, and were used in men's watches. The timekeeping in the 224 was actually regulated by a quartz crystal, but it still incorporated a tuning fork as the source of motive power for the gear train. For women's watches, they introduced the smaller, round, 19.4mm 230 movement (there was also a 23.5mm version of this movement) in 1970, and the basically rectangular 19.4mm by 17.4 mm 2210 in 1973. Both the 221 and the 230 were also used in some men's watches.


The photos to the left depict the back of a 218 movement and (bottom photo) the front of a 214 movement which is shown in a Spaceview Accutron, perhaps the first mass produced visible movement wristwatch, and certainly one of the first. Ironically, the Spaceview was never intended by Bulova to be sold; it was a salesman's demonstration tool and a display model for jewelers.

While Bulova used a solid gold Spaceview in an intensive advertising campaign for the new Accutron, they only expected to sell a few hundred, strictly to distributing jewelers for use as a merchandising display. However, many customers, seeing the watch in the window, wished to purchase it. Realizing that there was a consumer demand, Bulova started manufacturing kits which allowed jewelers to convert normal 214s, came up with the name "Spaceview" and started manufacturing them in stainless steel and gold filled for retail sale. They later also made gold electroplated versions. The popularity of the Spaceview today is second only to that of the 214 Astronaut.


Bulova made its last tuning fork movement wristwatches in 1977. That year they also started making quartz watches. Subsequently, all of Bulova's electronic watches used quartz movements, although they kept selling them under the Accutron label. This can lead to confusion on the part of persons seeking to obtain a "real" Accutron. In order to avoid paying a tuning fork price for an Accutron with a quartz movement, the date code must be checked, except for 214s, 218s with a 4 o'clock stem and crown, 218 Travelers, 218 Astronaut IIs, and 218 Deep Seas, all of which are easily recognizable. Located on the back of the case, it consists of a letter followed by a number.

The letter is the decade (M=1960s, N=1970s) and the number is the specific year within that decade. Therefore, an Accutron with a date code that falls within M0 and N6, inclusive, will have been manufactured with a tuning fork movement. Most with a code of N7 will also, but it is necessary to open the back and view the movement to be absolutely certain. Also remember that an Accutron with a 224 movement, which should be labeled "Accuquartz" on its dial, is a hybrid movement, with its timekeeping actually regulated by a quartz crystal rather than by the tuning fork itself, but many consider these to be collectible because they were only made for 5 years, resulting in a low total production number and corresponding rarity today. Also, when Bulova ceased tuning fork movement production in 1977 they also stopped making components. However, recently manufactured Accutrons still came in for repair. It did not take long for them to run out of parts, and they started replacing tuning fork movements with quartz movements. More than 4 million tuning Fork Accutrons were sold by the time production stopped in 1977.


n the 1960s, the company was involved in a notable space age rivalry with Omega Watches to be selected as the 'first watch on the moon'. Ultimately, because Bulova either did not or could not certify the Accutron as dustproof, the Omega Speedmaster Professional chronograph wristwatch (known as the "Moon watch") was designated by NASA for use by the astronauts in all manned space missions, becoming the first watch on the moon on the wrist of Edwin 'Buzz' Aldrin.

On January 10, 2008, Citizen bought the Bulova Watch Company for $250 million. Together they are the world's largest watchmaker. After the acquisition Dennis W. Perry was named the president of Bulova, after having previously served as chief strategic officer.

In 2010 Bulova introduced the Precisionist, a new type of quartz watch with ultra-high frequency (262.144 KHz) and thermal compensation system which is claimed to be accurate to 10 seconds a year and has a smooth sweeping second hand rather than one that jumps each second.
Bulova Precisionist's second hand can sweep much smoother than high beat automatic watches such as Rolex submariner or Grand Seiko 36,000. This is because Rolex movement run at 8 beats per second (28,800 bph) and Seiko run at 10 beats per second (36,000 bph) while Bulova Precicionist's second hand runs at 16 beats per second (57,600 bph).
Lähettänyt Harry klo 1.32