Minton's Ltd, was a major ceramics manufacturing company, originated with Thomas Minton (1765-1836) the founder of "Thomas Minton and Sons", who established his pottery factory in Stoke-upon-Trent, Staffordshire, England, in 1793, producing earthenware and from 1798 bone china. 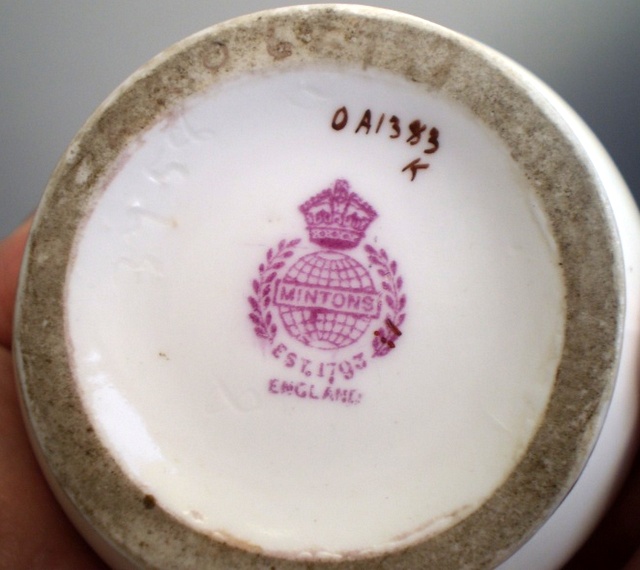 On his death, Minton was succeeded by his son Herbert Minton (1793-1858) who developed new production techniques and took the business into new fields, notably including decorative encaustic tile making, through his association with leading architects and designers including Augustus Pugin and, it is said, Prince Albert.


Minton entered into partnership with Michael Hollins in 1845 and formed the tile making firm of Minton Hollins & Co., which was at the forefront of a large newly developing market as suppliers of durable decorative finishes for walls and floors in churches, public buildings, grand palaces and simple domestic houses. The firm exhibited widely at trade exhibitions throughout the world and examples of its exhibition displays are held at the Smithsonian Institution in Washington, D.C. where the company gained many prestigious contracts including tiled flooring for the United States Capitol. 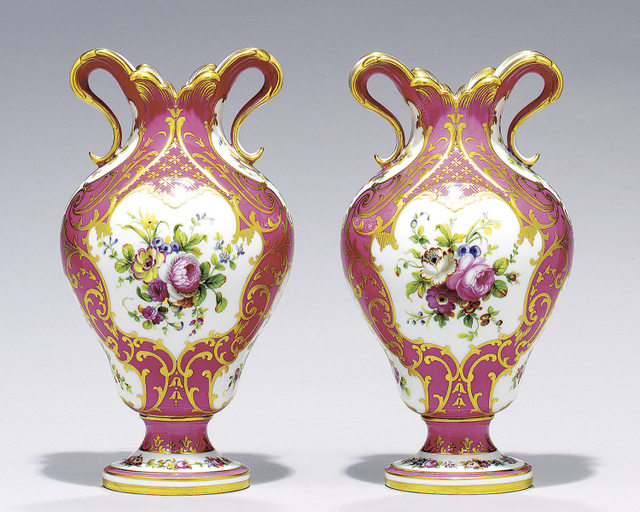 Hard white unglazed "statuary porcelain", later called Parian ware due to its resemblance to Parian marble, was first introduced by Spode in the 1840s. It was further developed by Minton who employed John Bell, Hiram Powers and other famous sculptors to produce figures for reproduction.


In 1849 Minton engaged a young French ceramic artist Léon Arnoux as art director and he remained with the Minton Company until 1892. This and other enterprising appointments enabled the company greatly to widen its product ranges, one of the first innovations being the very colourful and highly successful Majolica ware launched at The Great Exhibition of 1851. 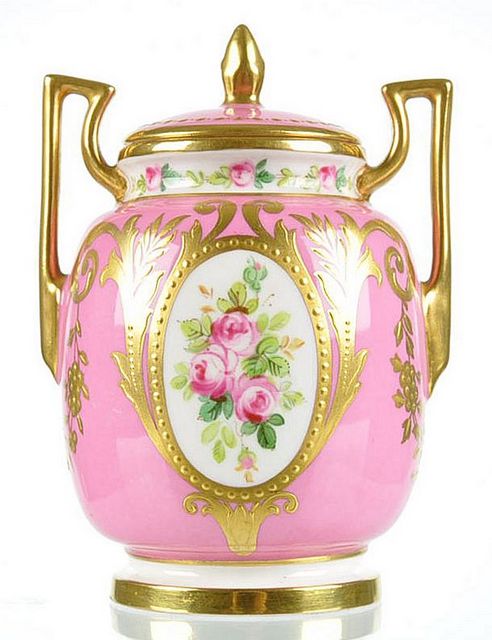 The Franco-Prussian War of 1870 gave Arnoux the opportunity to recruit the modeller Marc-Louis Solon who had developed the technique of pâte-sur-pâte at Sèvres and brought it with him to Minton. In this process the design is built up in relief with layers of liquid slip, with each layer being allowed to dry before the next is applied. There was great demand for Solon's plaques and vases, featuring maidens and cherubs, and Minton assigned him apprentices to help the firm become the unrivaled leader in this field.

Irish band Hothouse Flowers,whose roadie Declan is a friend of Tinker, stay with Lady Jane whilst performing a charity concert but after the gig it seems that events organizer Ray Morgan has decamped with the money. To make up the shortfall the band decide to sell a valuable Celtic harp,but this too is stolen. Lovejoy catches up with Morgan at an auction to recoup the cash but it's down to Tinker to divulge what happened to the harp. Victoria meanwhile returns to Peru having turned down Lovejoy's offer of marriage.
Lähettänyt Harry klo 22.21