Bonhams is also delighted to offer a watch by Andrew Grima, the foremost modern jewellery designer in the London's West End in the 1960s and 1970s. The tourmaline and gold watch from 1969 is estimated to sell for £10,000 - 15,000. In 1969, Omega Watch Co. commissioned Grima to make a collection of jewelled watches using semi-precious stones for the watch-face instead of glass.The 'About Time' exhibition consisting of Grima's designs revolutionised the use of the watch, turning it from a functional object into a jewel. This watch is similar in design to the 'Utopia' watch from the exhibition.Collectors looking to invest in fine timepieces will be excited to hear that two exceptional fine watches by Longines and Grieb & Benzinger are currently on the market away from the sale.


Born in Rome in 1921, Grima came to jewellery design in 1946, after nearly five years as an engineer with the 7th Indian Division in Burma. He joined his future father-in-law’s jewellery business in London, where he assumed design responsibilities. A prolific painter, Grima approached each piece as a painting, which was the beginning, and has remained, the start of his design process. 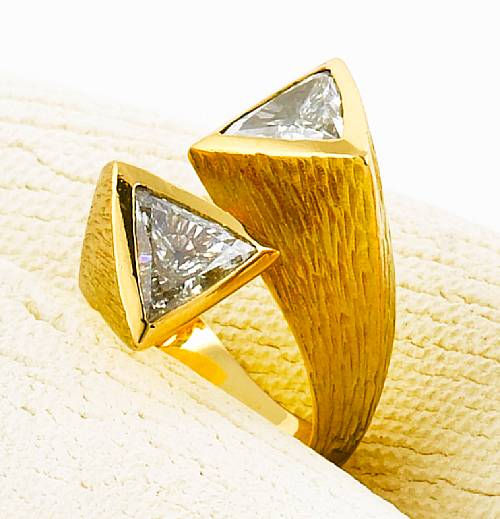 Grima was interested in the organic possibilities of jewellery design and he made an early decision to move away from the forms and materials of classical jewellery prevalent at the time. Grima preferred gold to silver, textured and unconventional stones over classic shapes and cuts. Grima’s work focused on exotic stones, pearls or grained quartzes, whose visual impact outweighed their monetary value. Precious
stones, when used, were designed to embed as integral parts of the design, not set as the focus of the piece itself, as they were in classically designed jewellery. 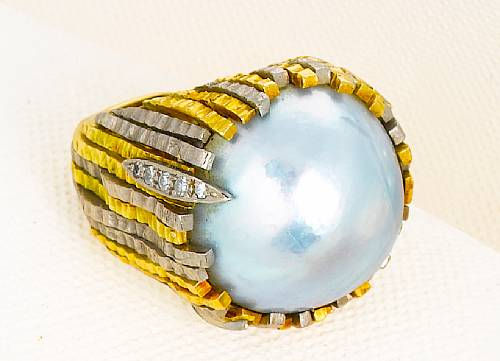 He also experimented with casting objects found in nature, a piece of lichen sent to him by HRH Princess Margaret, was cast in yellow gold, offset with brilliant-cut diamonds and transformed into a brooch. He also cast leaves and other natural
objects, which formed the basis of many of his early designs. These materials and methods became his hallmark. 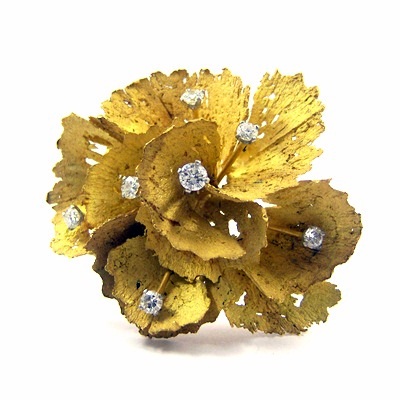 In the 1960’s Grima went on to win twelve De Beers Diamond International Awards.
He opened his Jermyn Street shop in 1966 and received the Queen’s Royal Warrant in the same year. Grima held the Royal Warrant for twenty years until he moved to Switzerland in 1986. Throughout this period, the Queen Mother, Princess Margaret, Princess Anne, The Duke of Edinburgh, Barbara Hepworth and Jacqueline Onassis commissioned Grima.